Nairobi Planning Innovations is noting the growth of urban enthusiasts and civic patriots in Nairobi, people who care about their city and want to see it become a better, more livable place to call home.  We interviewed one such Nairobi enthusiast, urban planner Njeri Cerere who founded Naipolitans with Sheila Kamunyori in 2012. Njeri kindly took some time to talk us about Naipolitans.

Naipolitans having fun in the city

NPI: How did Naipolitans get started and what does the group aim to do?

Naipolitans started as a result of regular chats over coffee between me and my co-founder Sheila Kamunyori about the goings on in and around Nairobi. Sharing information on upcoming events and interesting urban initiatives made for lively and thought provoking conversation. As urbanists we knew that it was possible to have livable, vibrant urban spaces and wanted to bring this aspiration to bear on the Kenyan situation. We just were not sure where to begin. It then occurred to us that there were probably other “Urban Enthusiasts” who were interested in exploring practical ways in which urban areas in Kenya could become more livable.

The first such meeting of the minds was held in September 2012. It established that there was critical mass of people in Kenya who were interested in discourse on the urban experience and were willing to engage on a regular basis to share ideas on ongoing or possible urban-shaping initiatives.

NPI: Who is a typical member? Can anyone join?

We are urban professionals, residents and enthusiasts, trying to figure out how, when, where, and what we can do to make Nairobi and Kenya a better place to live. Naipolitans is an open forum and all one has to do to get involved is attend a forum or tour and stay posted for future events through our mailing list or interact with other members via the Facebook group.

NPi: What are some of the highlights of recent Naipolitan events? 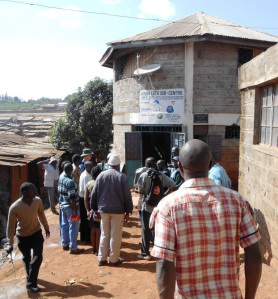 Recently, we participated in a Mapping Party for Cyclists hosted at the C4D Lab at the University of Nairobi. The event brought together cyclists, alternative transportation advocates and mapping techies in a studio setting to work on a cycle route map. The aim of the exercise was to visualize the existing bike routes in the city and imagine what a proper system of bike paths for Nairobi would look like. Information on previous activities can be found on our blog at http://www.naipolitans.org

NPI: What is the aspect of Nairobi you would personally like to see changed the most in the next few years?

I would like to see a city that realizes its full potential and makes it to the global list of most livable cities.

NPI: If people wished to join Naipolitans, who should they contact?

They can get involved by: emailing us at [email protected] to be included on our notification list; visiting our blog at www.naipolitans.org; joining the discussion online by asking to join our Facebook group - Naipolitans: Urban Enthusiasts Getting Together; or following us on Twitter @Naipolitans.