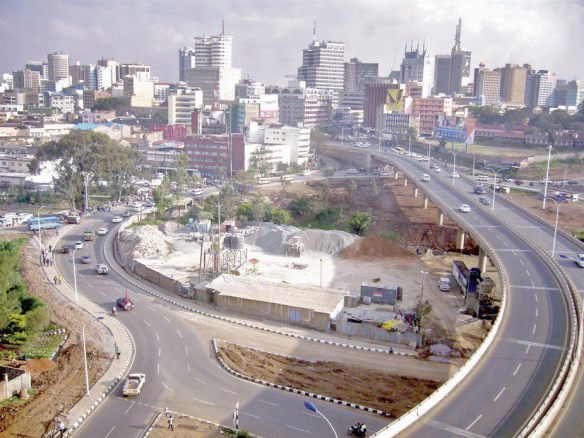 The conventional wisdom in Kenya today is that the implementation of devolution as anticipated in the new constitution and brought to reality by the election of 47 county governors would provide stiff competition for Nairobi and most probably slow down the rate of the city’s growth. This view has been expressed largely in the press and represents the wishes of many, but is unlikely to happen for the following reasons:First and foremost, population growth in the city of Nairobi is driven by the fact that it bears geographical and economic advantages that few other cities or counties in Kenya can replicate with ease. Since the first census after independence, the rate of population growth in Nairobi has exceeded all other provinces by a significant margin. The recent exception has been the North Eastern province of Kenya whose population growth rate between censuses in 1999 and 2009 were much higher than that of Nairobi. Indeed, these growth rates for North Eastern are part of the reason that some of the census data remains under dispute. On the other hand, Nairobi’s inter-census rates have been between 4.9% and 3.8% annually in the 1960s and the 1999-2009 respectively. Granted that the trend is not bound to continue forever but Nairobi’s place as a large population centre is bound to remain, because it registers significantly high rate of growth while it also has a large proportion of people. Thus in my calculation, the convergence of Nairobi’s large population and high annual growth rate implies that it creates the equivalent of several mid size towns in the inter-census periods.

Secondly, the city of Nairobi has a population of 3.1 million people, followed by Mombasa which has a population of about 940,000. This distribution of population reflects the advantage that Nairobi has in terms of attracting Kenyans from other parts of the country. Urban population growth in Kenya is driven primarily by migration because fertility rates are demonstrably lower in urban areas of Kenya. Migrants, young adults and families seeking economic opportunities in the form of non-agricultural wage employment or opportunities for the largest markets for small enterprises. Due to the higher incomes of households based in Nairobi and notwithstanding the existence on low quality housing in Nairobi, the city is correctly identified as the place with the highest probability of growing a small enterprise.

Thirdly, whether by default or design, Kenya’s main public institutions are situated in Nairobi. Granted that public offices are available in the rest of the counties, the seat of all arms of government is placed within a 20 kilometers square radius of the city. This concentration of public offices within a single urban area has the consequence of attracting private sector firms to establish the main offices in the city to ensure proximity to the bureaucracy. The unintended consequence of concentrating public offices in Nairobi is therefore that most of these businesses have every incentive to stay within Nairobi in spite of the best intentions of the new counties to attract businesses. In turn, Kenya’s professionals too will stay in Nairobi because it is these private firms that will provide the employment and business opportunities that will ensure their success. This growth momentum will ensure that most of the satellite towns and suburbs will in the medium term constitute part of Nairobi.

The convergence of these factors means that Kenya’s most innovative minds will continue to be attracted to Nairobi in spite of the challenges that it faces. For that reason too, Nairobi’s success and challenges will be a wide mirror of the economic challenges that the whole country faces because its growth is an illustration of the asymmetrical urbanization in the entire country. In a sense therefore, Nairobi City must perform well in order for the other counties to have a chance. Nairobi’s continued dominance reflects political and administrative decisions that were made earlier and these may have pre-determined its growth path for the medium term. Absent a major environmental catastrophe, it’s a pretty safe bet that Nairobi will still be the largest urban centre in the country in 2040.